Mostly influenced by 90s alternative rock bands such as Nirvana, Pearl Jam, and The Smashing Pumpkins, but already a longtime R.E.M. fan since the age of 12, Robert Muhlbock bought a bass guitar in 1992 (an instrument he assumed would be easier to play than a six-stringed guitar). However, instead of using a standard fingerstyle, Rob played his instrument with a pick using a combination of traditional plucking and double-string strumming: a type of Geddy Lee meets Kurt Cobain style that he dubbed “rhythm bass.” 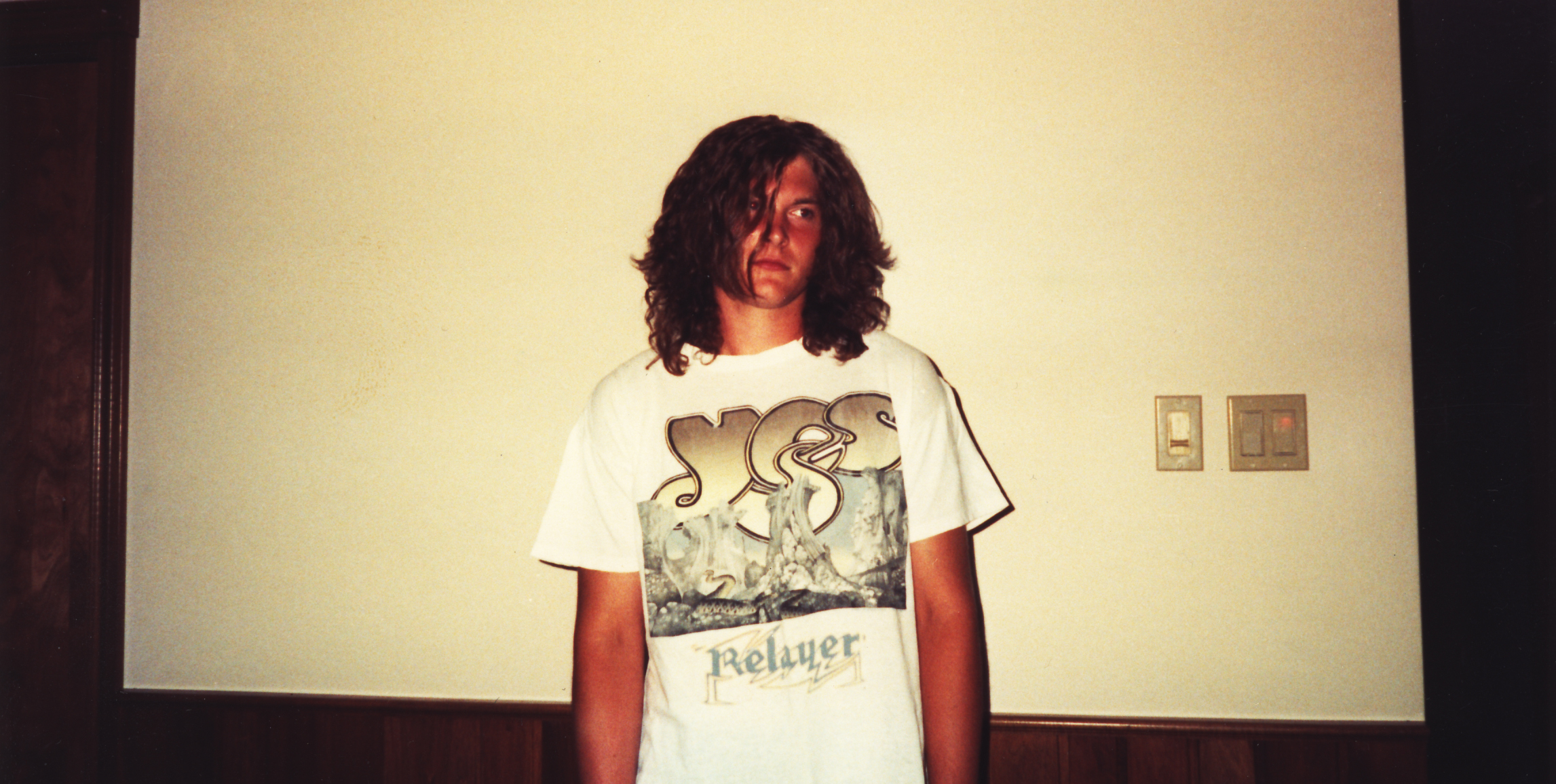 Genius? Perhaps. But, in characteristic self-loathing fashion, Rob is quick to point out “I play bass like an idiot.”

Choosing the name Owenshire (for reasons he doesn’t remember) and unable to play even the simplest of cover songs, Rob, who lived in the tiny town of Vienna, Ontario, began recording dozens of bass and vocal demos and then began arranging these compositions into homemade “albums.” Thus, the seeds were sown to produce one of the best and most important rock bands the 90s had to offer [sarcasm]. 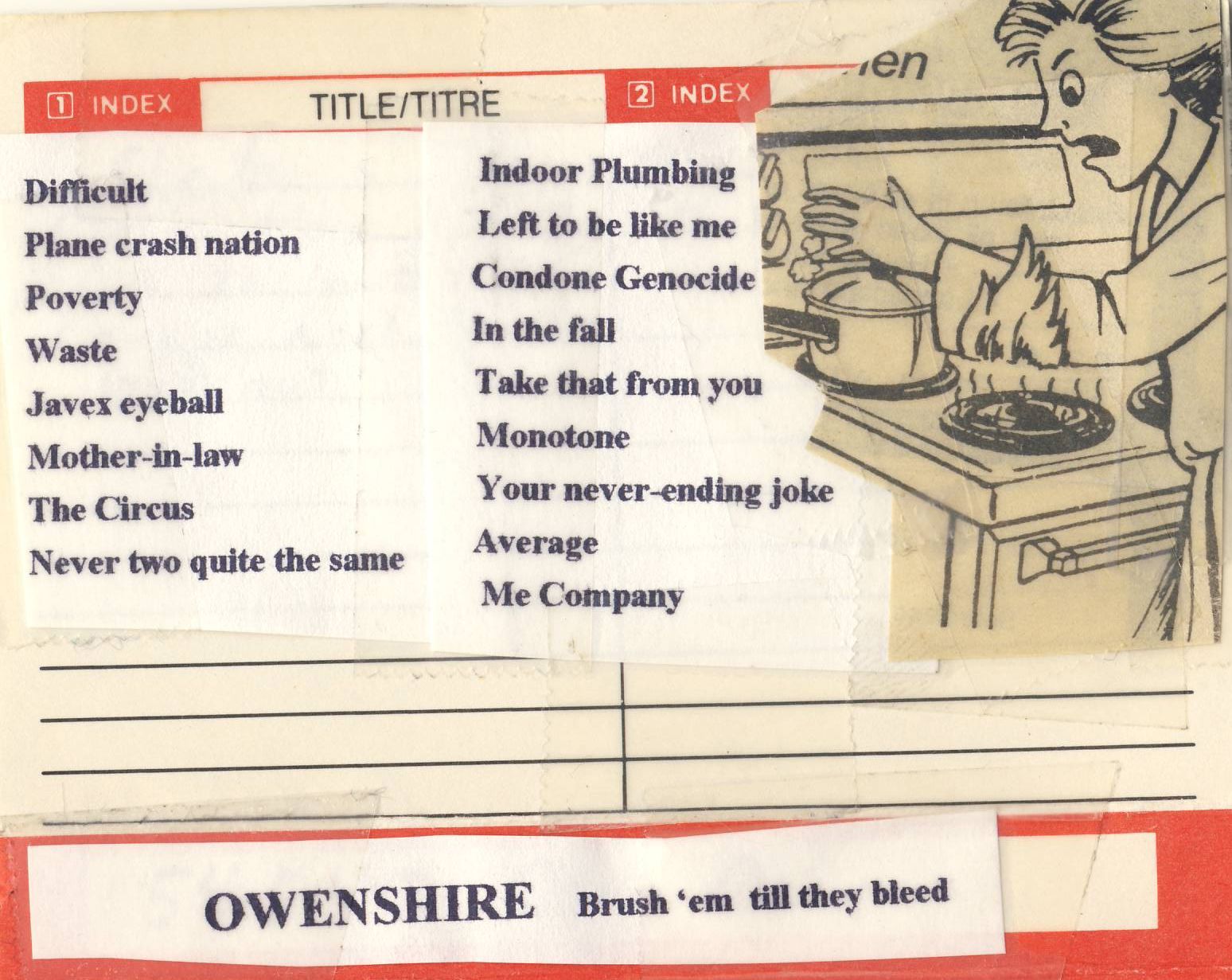 There was just one problem: Rob couldn’t meet the right people with which to form a band. Sadly, almost everyone in high school who skillfully played a musical instrument was an absolute shithead: they either thought Free’s “All Right Now” was the epitome of songwriting or thought that they were the next Jimmy Hendrix. Quite simply, taste was in short supply, while egos were abundant.

Funnily enough, miles away in the little town of Elmira, Ontario, Rob’s cousins Greg and Dan (also influenced by 90s alternative rock) decided to form their own band with Dan on guitar, Greg on drums, and a mutual friend on bass. They were called Dayglo. Dayglo wrote a handful of (not bad) original songs and played some high school shows. They were on the rise…and Rob was terribly jealous. 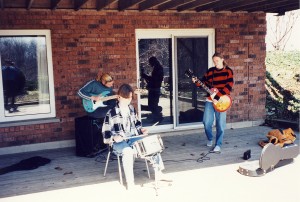 Of course, the idea of Rob joining Dayglo arose at certain family gatherings; however, the conversation always ended the same way: geography was the enemy. Rob was stuck in Vienna, his cousins in Elmira. No matter–Rob was sure he would meet his musical equals while attending university in London, ON in 1995. Yes. From there, world stardom was certainly a stone’s throw away.

There was just one problem: that didn’t happen. Again, Muhlbock was unable to meet the right people. So, four years of university came and went, and the bass and vocal demos kept piling up. That is until 1999, when Rob moved to Waterloo, ON–a city only a few kilometers away from Elmira–to pursue his Master’s degree in literature. Once situated in Waterloo, Rob would make a weekly journey to his cousins’ house to sing acoustic cover songs. At this point, Dayglo was all but disbanded, and Greg had switched instruments from drums to guitar.

Then a fortuitous thing happened: Greg wrote a guitar part around one of Rob’s bass and vocal demos. And a week or so later, due to nagging encouragement, Dan switched from guitar to drums. Thus, a new band was formed.

Naming themselves Echo Effect (after any cataclysmic event that 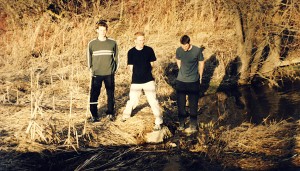 reverberates through society), the band played weekly Sunday night “practices” at Dan and Greg’s house. No numerous club dates were played. The band was not a “local sensation.” That whole ‘getting-booked-to-play-to-five-people-in-an-empty-bar-who-could care-less-about-you’ grind never really appealed to Rob, Dan, and Greg. Instead, real life intervened: in real life, jobs and relationships take up everyone’s time. In the end, a weekly setlist played by 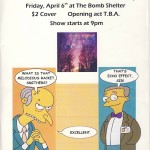 three good friends (all related) was about all anyone came to expect.

However, in August of 2000 the band got enough funds together to record an album: Percy Shelley’s Heart. A couple of live shows (literally three) followed, all poorly attended. Practices continued too, and in 2003–after a name change from Echo Effect to Index–the band recorded another album: What is Your Contribution? Both albums represented thoughtful alternative rock; yet, Index’s most creative period was from 2004-2005–a time of more mature songwriting that saw the band flesh out another four albums worth of material that, sadly, only exists as live demo recordings. 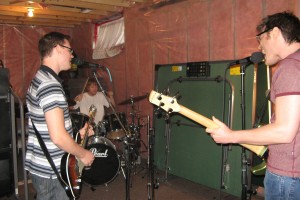 And then things just kind of stalled. You can only get so much satisfaction from playing the same songs to an empty basement week after week after week. As expected, relationships and jobs intervened. Weekly practices had now become yearly reunions. Then they stopped altogether. By late 2007, Index was just a memory, and everyone went on with their lives.

Every year since Index played its last practice, Rob’s New Year’s Resolution has been the same: do something with the band or (more specifically) with the music. However, that’s always easier said than done. It’s all too easy to succumb to routine: going to work, hanging out with the wife and kids, and wasting time playing video games. Who has the energy for a musical career? And who needs all that rejection anyway?

Then in 2011, for some unknown reason, Rob finally got his shit together. Inspired by access to inexpensive photo and video editing programs, he created proper album covers, album art, and “official” music videos for past Index and Echo Effect songs, all under his original band name of Owenshire. Social media profiles were also established, and he collaborated with his musical brother Clive Butler on the 40 song R.E.M. cover project dubbed Remember Every Moment. He did this for the next 7 years.

What he did not do, however, was the one thing he should have been doing all along: working on new owenshire music.

Years passed. Regrets increased.
And there was just one problem: Rob still had no band.

But why let a little thing like not having a band stop one from achieving life goals, right? 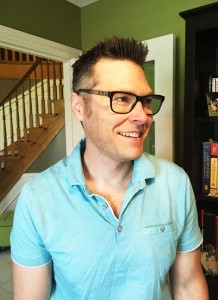 You see, in 2019 two very important events occurred. The first was Rob’s decision to buy a distortion pedal for his bass—a choice some would decry as madness, but one which Rob saw as his ‘where have you been all my life’ moment.

From here, Rob finally—finally—band or no band—decided to record some layered guitar and vocal tracks. And as luck would have it, the results sounded…not entirely terrible.

And then it was done: a new owenshire song. Well—actually a new song cleaned up and polished (just enough) from the dozens already written.

But hold on. Now we get to event number two: Greg Muhlbock, the person who first put a guitar line to one of Rob’s songs way back in 1999, offered to add drums to this “new” song, thus completing the picture as he had done some 20 years earlier at a different point in time.

And here we are: a new direction and a new promise born of fear of death, and in spite of crushing self-doubt and considerable self-loathing.

This time there are no grand proclamations. No expectations. No hopes and certainly no dreams, at least where the wider world is concerned.

There are only songs.
And the songs are all that matter.